Game of Thrones in one of the most successful entertainment entities in the world and has been all the rage, since it first started airing in April 2011. Its social media audience on the major platforms is over 23 million, which trumps the competition: megahits Breaking Bad and Mad Men have combined audiences of 12 million and 2.8 million respectively.

With results this good, I figured there have to be some awesome lessons that we can take from this hit series’ story line? So, I decided to look deeper and find 5 Marketing Lessons that your business can learn from Game of Thrones:

Drop the line “Winter is coming” and EVERYONE (even those that don’t watch Game of Thrones) will know where it’s from.
The house of Stark is best known for their catchy slogan. Even if it has no defined meaning, a catchy slogan for your business can help your brand stick. We see this in many successful brands:

Remember to keep it short, sweet and easy to remember. The more you repeat it, the more your slogan is going to stick in peoples’ heads!

2. House Targaryen – Cater to the Minority

Daenerys Targaryen (Also known to Game of Thrones fans as “The Mother of Dragons”) built an exceptional army and following by catering to the needs and requests of those that others were ignoring. While the rich and powerful already have the brands that are catering to their needs, very few companies see the opportunity that lies in catering to the “little guys”.

Although this market can’t pay as much for a product, you will have the whole “strength in numbers” thing going for you. Think about it.

Your friends and family are your best marketing assets! Okay, yes, there are some questionable practices going on in the Lannister family, in Game of Thrones. We’re definitely not suggesting you follow their lead on these things, but lessons can definitely be taken from their belief in relying on family to get things done properly.

Your close friends and family are the ones that trust you and believe in you the most. They are the people most likely to share your achievements and refer you to others with confidence and praise. These people are your best marketing assets and will spread the word for you and your business, free of charge! Ask them to do so, you’ll love the results…

4. House of Baratheon – Have a little magic to be different

Melisandre, often referred to as “The Red Woman”, is a major character in the second, third, fourth, fifth and sixth seasons of Game of Thrones. She is a witch that assists Stannis Baratheon in his mission to rule the seven kingdoms. Her powerful dark magic attracts a lot of followers. Why? Because no one else has it!

The magic here is the “WOW” factor for the House of Baratheon. It is something that their brand has and no other. Find something that your company does differently and USE IT!

5. House of Tyrell – Networking gets you places

While Margaery Tyrell may be seen as a gold-digging harlet, by some, she sure knows how to network to her benefit. She has been married to three kings within the course of the five seasons of Game of Thrones, keeping herself in a position of power through association.

Associating yourself with bigger brands and causes can establish credibility for your own business. Network with people who network and build your following by being associated with the right people. You will be amazed at how fast your business will climb the ladder of success. 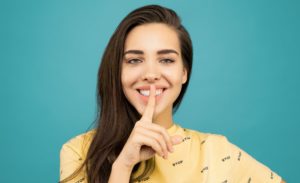 Your clients don’t need to know EVERYTHING…

You know how I’m always preaching about using social media to build personal connections with your audience, right?Well, some people take this a little too

It’s easy to feel like you don’t fit in when you haven’t found your purpose. The takeaway I got from this is how important it is to share your journey once you have. Be a lighthouse for others and help guide the other weirdos. These are your people – and they’ll be your biggest supporters.