Facebook’s being a bitch again…
But also not.
Let me explain:

So, last week, I was sitting with a client in a Facebook training consultation.
While trying to explain to her the importance of scheduling posts for better performance, I noticed that her page wouldn’t let me schedule posts directly from the home page.

“There’s something wrong with your page!”

Putting a pin in that, I then tried to join some groups as my client’s page.
A page that I had previously joined with SIX OTHER PAGES, for some reason, didn’t give me the option to “Join as page” as I had before.

It was at this point, mid-consultation, that I realized that Facebook had done it again…

The bitch had just changed ALL OF THE THINGS after I had just spent R20 000 on an expert update course, just a few months ago.

I decided to take action and get to the bottom of all of the changes.
The fun thing about us nerds is that we always know other nerds, so I have this cool little email hotline, right to one of Facebook’s biggest nerds, Christina.

I waited 2 days for a reply, but I totally got the down-low on what’s going on. I have since explored this stuff… and now, here I am, sharing my feedback with you sexy interweb humans. (It’s a pleasure)

The scheduling option on the main page used to be my personal favourite function, but Facebook has given me a new way of looking at things, which actually works quite well.

Now, instead of scheduling right away, you save whatever post you write at a draft. From here, it gets popped into “Drafts” folder, in your “Publishing tools” tab. You are able to shoot out any of these drafts as scheduled posts with just 2 clicks.
This may seen like Facebook is just making the scheduling process longer, but let me throw something out there…

Imaging gunning out a bunch of awesome content, when you’re feeling inspired and having it stored away nicely, to call on whenever you need.
Sort of like a squirrel storing nuts for winter.
Not only that, but you can have it all there, in front of your eyes, in the drafts folder and be able to curate the best order for the distribution of your posts.

If you are still not convinced, you can simply jump over to the “Scheduled posts” tab and schedule posts the old-school way.

My next issue was that I could not join a group with my clients page, even though I had already joined with 5 or 6 other pages.

This is literally just Facebook cracking down on spam.
Good for Facebook users… shitty for social media managers of multiple accounts.

In South Africa, you can now only join a Facebook group as ONE of your pages (one page per group per user).
This is all thanks to those assholes that discovered that they could create multiple pages and spam the same group with multiple adverts from multiple accounts, so that they weren’t “technically” breaking any rules, but they made the group experience suck for everyone else.
Thanks, assholes. I hope you’re proud?

Basically, Facebook is just trying to make the platform experience a pleasant one. It’s a give and take.

ALSOOOOOOO!!!!!!
There are a few other changes that Facebook has up her sleeve that I can’t wait to share with you.
The tour dates for the Facebook Marketing Master Class have been released – so be sure to check them out, mmmkay?

What do you think of the new Facebook Publishing Tools?
Have you tried them yet? 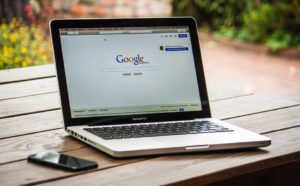 There are over 2,7 billion searches performed on Google each month.People no longer search the yellow pages to find the information, service or product they

If lockdown being extended for another month or two is making you want to sh*t yourself because you “can’t make money while your clients are at home”, then you’ll want to pay attention… 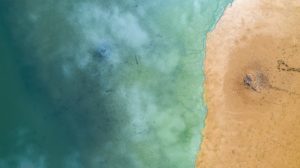 Step into my office… Today, it’s the beautiful seaside village of St Francis Bay. From here, I can answer my emails, work on reports and